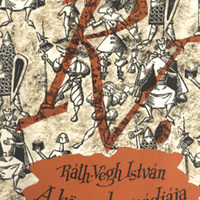 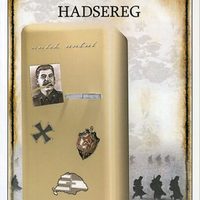 I was about twelve years old when, rummaging through my grandmother’s shelves, I came across this novel. Thanks to the Hungarian habit of changing the simple titles of novels to more interesting ones, the book was called The Orphan of Lowood instead of Jane Eyre, and the title led me astray: I was expecting a novel similar to Oliver Twist, and found that, in Jane Eyre, it is only the first 100 pages that deal with the topic of being an orphan in Lowood, and then the novel moves on to such themes as love, self-sacrifice, passion, belief, perseverance and similar others. At the age of twelve I was not too deeply interested in these topics, consequently, the story of Jane Eyre did not find its way to my heart. Now I thought it is time to re-read the novel and find out what it can offer to my somewhat older self.
When I started to read, it immediately struck me as strange that I remember the story very well, as usually I am not too good at recalling the small details and twists and turns of a novel, and as I had not become a Jane Eyre fan during my first read, I did not expect myself to remember a lot. Still, it seems that the novel must have made a big impression somewhere deep in my mind, as now even the smallest details came back to me at once. Of course it is also possible that my knowledge of the story can be attributed to my studies: Jane Eyre is one of those texts in English literature which was analyzed a thousand times, has countless adaptations and is referred to in several other works of fiction, so it would have been quite impossible for me during my years as an English major student to bypass this text completely, and I could easily have been involuntarily immersed in the details of the story.
Anyway, despite all my memories and lack of enthusiasm, now I was drawn into the world of Jane Eyre at once, and the story did not let me go during the first two-thirds of the novel. I found that the text was outstanding, heart-rending and colorful; the behavior, values, confidence and independence of Jane Eyre were very much worth my attention; the depiction of the contemporary high society was authentic; and the development of Jane’s and Mr. Rochester’s relationship was believable and written in a beautiful language. Apart from all these, I was stunned by the modernity of the ideas in the novel. The way Jane speaks about her need for freedom of action, about her desire to use and develop her abilities, and about the equality of man and woman is much ahead of her time. (The novel was published in 1847.)
I almost believed that I was heading towards a cathartic reading experience, when something changed. I could hardly stop reading the first two volumes, but then I could hardly read the third volume, in which Jane leaves Thornfield to find her place in the world alone. I was irritated and bored at the same time by the fact that in the last 200 pages, three or four new characters were introduced, a new storyline was developed, new conflicts occurred and I witnessed unbelievable coincidences and miraculous turns – which did not interest me at all, since my only concern was Jane and I wanted her to find her happiness at last.
I tried to explain to myself why I found the last 200 pages of the novel so boring, and I came up with two possible reasons for this: it might be that I no longer have the patience to read very long novels, because I believe that everything worth telling can be told in 400 pages at the most – however, I can immediately refute this claim, as I know countless examples of highly engaging 400 or more page novels. And it can also be that it is not a very brilliant idea to take a story in an absolutely new direction in its last one-third. I do not have any scientific explanation for this, it is only my gut feeling that it does no good to the structure and rhythm of a novel to load the story with several new elements towards its end. Personally, I do not have an idea how the time of Jane’s necessary absence from Thornfield could have been filled in any better way, but I am not a novelist, so I cannot be expected to know this. On the whole I think if Jane Eyre was a book of only 450 pages, it would be a perfect novel, but as it is, the eagerly longed-for catharsis did not come, or rather it was lost somewhere along the totally uninteresting story of the Rivers family.
Finally, let me include some trivia here: on my copy of Jane Eyre, among the usual pieces of positive reviews there are two, rather contradictory sentences. On the front cover a certain Jenny Colgan states that “Jane Eyre has been turning girls into women for generations”; and on the back cover, Sarah Waters claims that “you have to be a grown-up to really get it”. I refrain from any further comments and just add one thing: I agree with Ms. Waters and I truly believe that Jane Eyre is not exactly the read for teenage girls.
Címkék: in english